Home Featured It’s all about the Pinball (Part One)
FeaturedPersonal

It’s all about the Pinball (Part One) 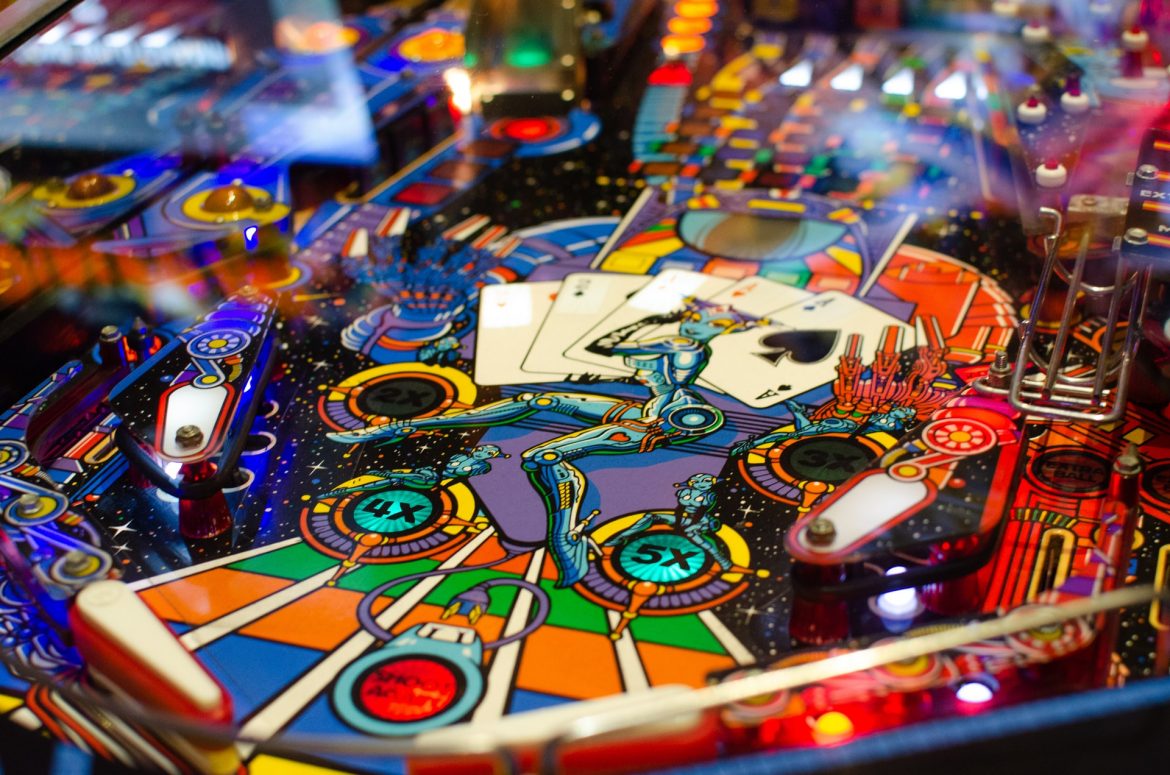 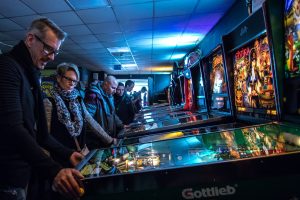 I know it’s a generational thing.  My kids, their kids…   they never knew of, or appreciated pinball.  To them, it was all about video games.  And that’s cool.  The technology has certainly grown x 1000 in their lifetimes.  Video games serve the same purpose for them as pinball did for me… I guess.

Pinball, for me growing up, was life.  We would hang out in the arcades, and usually, (if you were reasonably good) you could play all day on two dollars, one quarter at a time,  winning game after game or matching scores.

Like I said, it was a way of life.

Sometimes We’d go to the corner 7/11 store, and sure enough there’d be about three pinball machines waiting.

Or after a high school event we’d head to the local ice cream shop, or down to the ice rink, and sure enough, there’d be machines waiting.  Calling us.  (I later found out that pinball machines went into what’s called  “attract mode” when not in play, enticing you to go to the machines with clever dialog and blinkity lights- true story.  Clever, huh?)

Again, it was a different time.  A simpler time, and pinball was one of my and my group of friends’ main entertainment means.

My parents were always a bit quirky.  They also were always looking for a way to keep me around and not wandering the streets.  One weekend my dad said, “let’s go hop in the car”, we hooked up the trailer and off we rode. 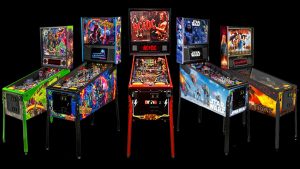 We lived in a suburb of Los Angeles, and we drove to the San Fernando Valley, which was quite a distance away, and into the parking lot of a company who’s sign read “PINBALL”

I was about 13 or 14 years old.  My dad and I played a bunch of games and settled on a machine called “Post Time”  It was based on horse racing and had a lot of action.    My dad looks at me and said,  “It’s yours”…

My jaw hit the floor.

Well we loaded it up and back home we went.  I was beyond excited.  From that point on, you could find me and my frinds hanging out in my room.  Ding Ding.  Clinkity Clink. 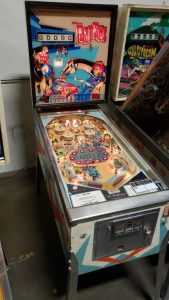 That was my first experience having a pinball machine in my home.  I loved it to death.

Well, as it was, my parents divorced, and I moved into an apartment.   I had to sell the pinball machine and it broke my heart.

At that point in America’s history, there was a gaming revolution.  Enter  Nintendo, Atari, Playstation, etc.  Pinball sort of faded into the cobwebs of outdated technology.  I mean, there were still a few games around – maybe you could find one in a bowling alley, but the world had gone video.

Not just Pinball tho.  Other great machines – like slot machines became video games as well.  And this part of my past just went to sleep.  Gone but not forgotten. 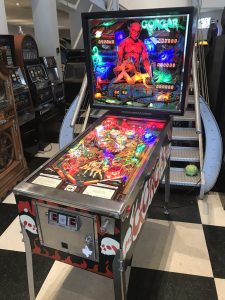 Years passed, and another revolution began.  This revolution was the creation of the home game room .  Pinball, stand up arcade games, all those old arcade classics were once again in vogue.

I saw my chance and climbed on the bandwagon, after cashing in some stock I had.  I was married, a little more stable..(I use the term loosely), and I went to this little shop in Culver City and bought my second Pinball machine.

This one was one of my favorites.  I had played it for years as a teen.  It was stationed at our corner 7/11 store, and I knew it well.  It’s name was “Gorgar”, and it was a lot of fun.

I brought it home, set it up and this began the creation of my game room.

I was a happy man for awhile, until Gorgar, who had many years of hard playtime, bit the farm.

We said a few words, and sent him off to the great pinball graveyard….

I can already sense my readers tearing up, don’t despair!  Read on!!! 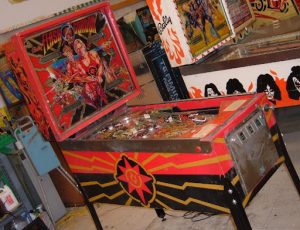 I went back to my connection in Culver City,  and bought another game.  This one was “Flash Gordon”.  Me and Flash went way back.  Flash was in a little ice cream shop next to an ice rink we hung out at, and was our regular stop after a Friday night of skating.  It was one of those self serve places where you added your own unlimited toppings, and danced around on a sugar high for awhile.  It was a place I took a few dates, hung out with the guys, smoked a lot of cigarettes and generally looked cool.  (Or so I thought).

Flash was a big step up from Gorgar, it was a newer game, in better condition and gave me thousands of hours of enjoyment.

I also learned a lot from Flash.  I have always dabbled in electronics, and the store in Culver City closed down so I really had no avenues for repair.  I taught myself how to fix the thing whenever it broke down, – which was quite a bit.  It was over twenty years old, after all. 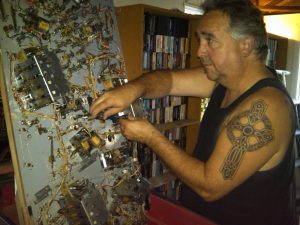 It’s basic simple circuitry , and over the years I basically rewired and replaced every single part on the machine.  It was a labor of love, and almost became a hobby.

All the circuit boards were old school, the components were huge, which made it easy to grab a soldering iron, and pull out the old parts then solder new ones in place. 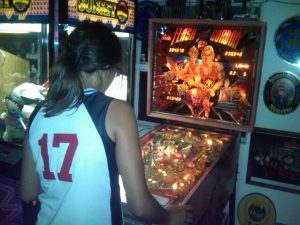 The game lasted me for many years and I sold it to an old friend just before my divorce was final.  I hated giving it up, but my daughter and I were leaving the house, and moving into an apartment, it just wasn’t practical.

So once again, my pinball obsession went to sleep.

So here I am.  about ten years later.  The kid are grown and gone, I have been happily married for years, we’re established and settled into our home..  and guess what? I’ve got the itch.  Once again, I’m looking for a new pinball machine.  Come to find out there has been a new pinball revolution going on while I slept, and machines, (which are now bigger and better than ever) are back with a vengeance. Yes, the machines of today are a maze of ramps and ball shooters and have all the bells and whistles.  I’m ready. I’ve got my eye on a couple of games.  One, is “Dracula”.  It was made by Williams in 1993, and fully restored is a pretty big investment.  We’ll see.  But I love the game and the play, also the sounds and graphics are amazing. 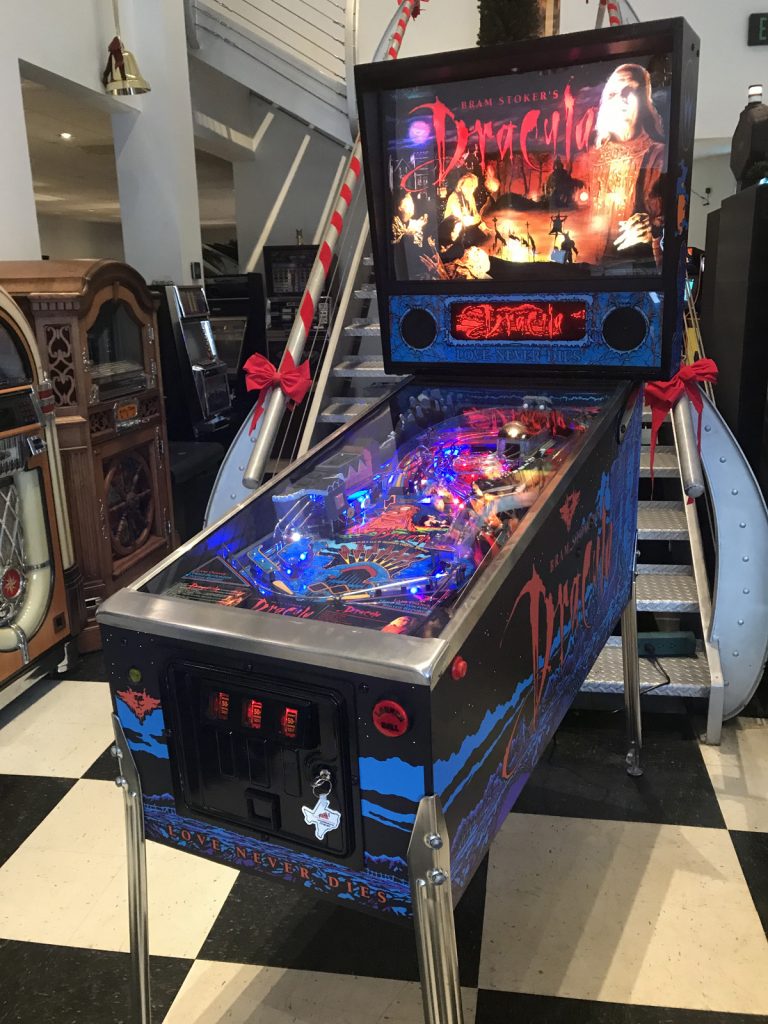 Like I said, we shall see.  Wish me luck. I’ve also got my eye on Frankenstein, again fully restored.  This one is a Sega game, dating back to 1995, and not quite as pricey as his monster cousin. 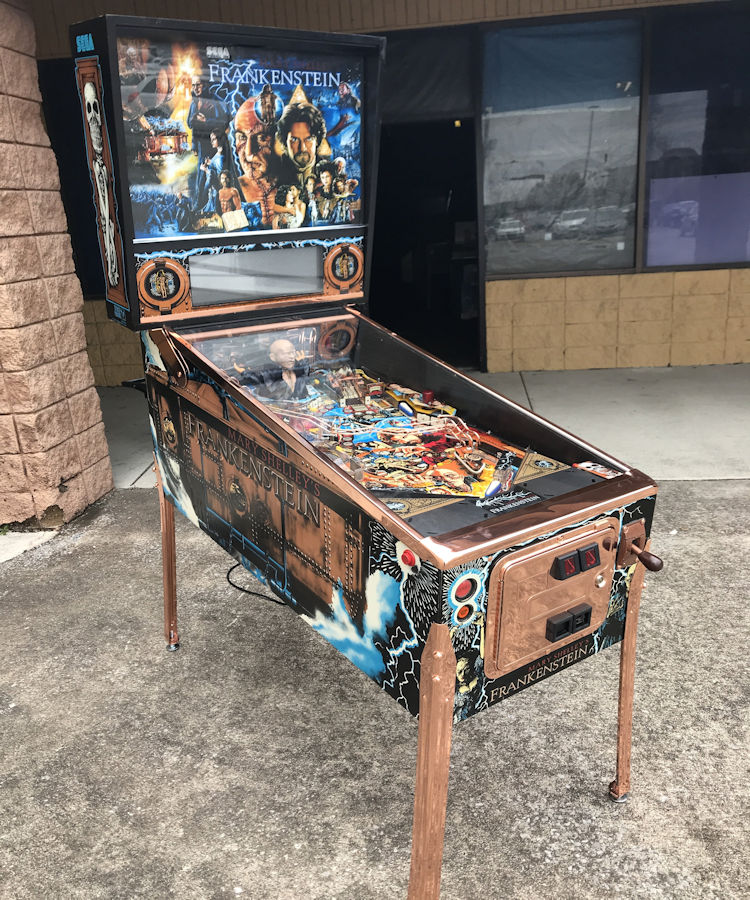 So check back in a few weeks…    Let’s see where this goes.  All I know is my palms are itching and I’m pacing the floor, (which my wife says is the indication that I will buy whatever I’m thinking about).
(READ ON!!!  Part II HERE)
pinballpinball machine
0 comment 0 FacebookTwitterEmail

It’s All About the Pinball (Part Two)

About Time for an Update

The Devil Is Sugar….. 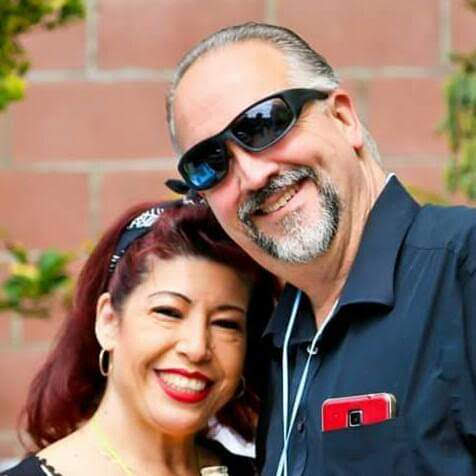 You've never lived until you've been to King Taco ...

And... Now that Christmas has moved out....
Valentine's has moved in! Thank you Annamarie Lexine Terry ❤️❤️❤️ ...

So nice to spend some time with my daughter Stephanie Whitney and Grandson Jayden. Love them both. ...

Whrn you and your wife both cant stop coughing.. ...