OK., First, before I get going, let’s get the elephant in the room out of the way. I am NOT a conspiracy nut… with a few exceptions, for example – you cannot convinced me the twin towers free-fell with zero resistance, to the ground. That, however is a topic for another day, but the narrative is wrong. Way wrong.

But I digress. UFO’s. To start, here is my position. I will neither believe or disbelieve until I see one myself. I’ve heard all the arguments over my lifetime, the supposed cover ups, Area 51, Bob Lazar, and as everyone else has, I have seen blurry photos and videos my entire life….

I can’t say they don’t exist, because science points to other intelligent life out there in the universe. But… I’ve never seen one with my own two eyes, with the exception of a strange thing I saw in the sky one summer night when I was about 15 years old. 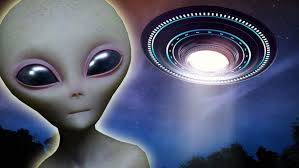 It must have been about midnight and I snuck out into the backyard to have a cigarette. The whole house was asleep. I looked up, and saw a tiny light moving slowly across the sky. It was very far away and it was just a pin dot of a light. I wondered if it was a plane, or a shooting star, and just about that time it changed direction and sped off and disappeared. NO aircraft could have done that movement, nor could a shooting star. Within about three seconds it traveled across the whole sky… probably many thousands of miles.

Was it a UFO? Technically, yes. It was an unidentified flying object. Was it little green men? Who knows. Not convinced I saw a craft. It was a dot of light.

Well there you go. I got way off track. The subject of my ramblings here is a news story that I saw this morning. It grabbed my interest, and the more I think about it the more disturbed I get.

Here is the link, should you want to read it… https://tiny.iavian.net/v3d3   Please do read it.

OK. Assuming you’ve read the story, here’s where I have a problem. The government announced that three UFO videos released to the public are real. What’s the assumption? UFO’s exist. The little gray guys with the wide set black eyes…. whoa…. Let that sink in … That changes EVERYTHING, doesn’t it. Religion. Life. Our origins. Space travel. Etc. The list is vast.

Interesting, but not disturbing. Well, since you asked… here’s that part. 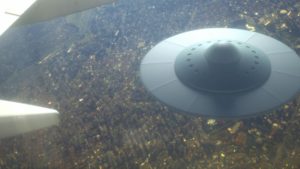 The next line in the story says the Navy announced that the videos were never cleared for release. THAT IS DISTURBING. So not only did the Navy confirm the existence of UFO’s, but then in the same sentence, said that the videos that got out weren’t cleared for release… Translation. Confirmation that the government has been hiding UFO reality from the public. So now go back and revisit Roswell… Area 51… Bob Lazar… thousands of sightings… eyewitness testimony… and all the other stuff that has been denied, debunked and poo-poo’d.

Seriously… think about the impact of that story. And then realize that no-one reads, and within a week the story will be buried under the next Kardashian escapade. What could possibly be a mankind changing event…. spread the word.

Losing My Daughter, Gaining a Son

It’s all about the Pinball…

About Time for an Update

The Devil Is Sugar…..